A key observation by NZ velvet exporters that quality could be more important this year; promotion hits full swing in the key markets as the main consumption season nears; and a whole of industry audit by Chinese regulators gives us a chance to showcase our wonderful industry.

By the time this edition goes to print, velvetting will be in full swing in some parts of New Zealand and exporters will be securing contracts for the peak consumption season ahead. DINZ estimates that velvet production for the new season (2016/17) will be around 620 tonnes. While demand is growing in the sophisticated healthy food market, there is reported to be declining consumption in the traditional markets. In China, demand for the valuable “jelly tip” continues to come under pressure with a crack-down on high end gift giving. Korea too has implemented an anti-graft law that affects gifts over $50.Reports from competing markets suggest that overgrown velvet was further penalised this season, with prices in some cases 30% back on the better grades. A close relationship with, and guidance by, your velvet buyer is essential to understand the early market dynamics this year. Early indicators suggest some uncertainty in the markets. There are factors that are putting some pressure on prices this season with exchange rates the most obvious one.

DINZ has been working with companies in Korea as they get geared up to run their promotions that are typical for this time of year. Korean thanksgiving (known as Chuseok) is one of the biggest gift giving celebrations in the Korean calendar, particularly for health products. Korean food companies use this time for targeted promotions and DINZ has again been involved with companies promoting velvet-based products.

Promotional activity in the traditional velvet sector, which markets to Oriental Medicine Doctors, is also gearing up. A focus this year is on the country of origin pilot programme to provide increased assurance that the velvet doctors are buying is actually from NZ.

Reception by NZ Ambassador to celebrate FTA success for velvet

On 29 September, NZ’s Ambassador to South Korea hosted a reception dinner at her residence with DINZ CEO to celebrate the success of the FTA to date. Exports of dried velvet for the first six months of this year to South Korea was more than double compared to previous years.

While much of this can be attributed to the Free Trade Agreement, the removal of the excise tax from velvet, along with the new Country of Origin trial has also assisted in this positive trade data.There were around 45 attendees that represented NZ processors, Korean importers, marketers, Oriental medicine doctors and the Association of Korean Oriental Medicine. 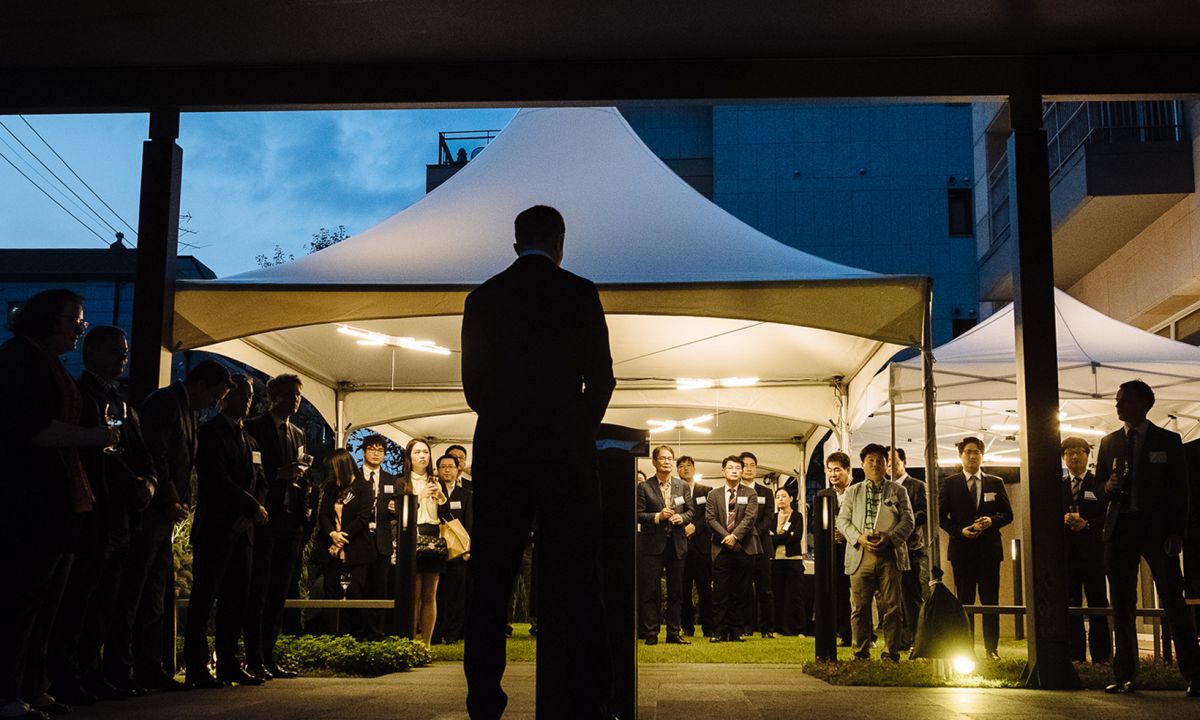 NZ velvet exporters have also been active in visiting the market. At this stage, the key concern is around the potential impact of the high NZ dollar when compared to last year (at the time of writing, this was a 10-20% increase in value). By the time this edition of Deer Industry News goes to print, tensions will no doubt be high. With the new Chinese Regulatory changes (see below) and fluid market dynamics, DINZ once again stresses of the importance of a close relationship you should have with the established velvet buyers/exporters.

The New Zealand velvet industry is undergoing its first full-scale audit of the velvet supply chain. At the time of writing, MPI was conducting a pre-audit of farms and pack-houses in preparation of an audit from Chinese Regulators (AQSIQ), scheduled for late October/early November. A change in Traditional Chinese Medicine regulations will mean that new measures will be implemented by AQSIQ to deal with imported Traditional Chinese Medicine (TCM) material. AQSIQ has met with NZ Officials in Beijing to discuss these new measures and has stressed that AQSIQ does not want to disrupt velvet trade.

MPI reports that the new measures will likely result in the registration of pack-houses and could extend to individual farm listings. Although these new measures are being driven through a change in TCM regulations, DINZ understands that there have been new measures discussed that may result in similar listings in the viticulture, horticulture and apiculture industries. There is a general drive by Chinese regulators to improve food safety and crackdown on corruption.

On initial investigation, MPI was complimentary about the NVSB system and sees this as a key asset for the velvet industry. Prior to the audit being announced, the NVSB had continued with improvements to the system (such as the increased focus on hygiene around velvetting sheds). The Velvet Status Declaration will become more important and it is good that the industry implemented the initiative a couple of seasons ago. The NZ velvet industry is better placed than other velvet producing countries to meet the changing regulatory environment.

Many thanks from DINZ to the farmers, pack-houses and veterinarians that has volunteered their premises and time for the audit process.